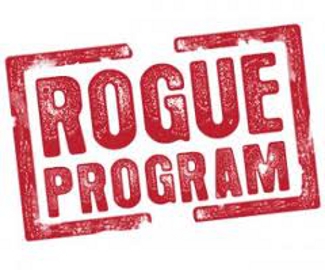 Last month CAP published a list of the 10 Worst Gambling Affiliate Programs to help our readers avoid some of the less-reliable partners. As a follow-up to that piece we’re taking a closer look at some of those programs, like Grand Prive and  Best Casino Partners, and why they were such a bad deal for affiliates in the hopes that our readers can avoid similar bad players in the future.
The gaming business has always attracted its fair share of colorful characters and flat out hucksters, but few in the online gaming industry can hold a candle to Andrew French and Jackpots Heaven.
Jackpots Heaven committed just about every foul an online casino could commit and then had the audacity to defend their sketchy behavior in a series of bizarre interviews, forum postings and even a video…that included pictures of angels. And the whole scam fell apart with just a single forum posting.
Non Random Software
The house of cards built by Jackpots Heaven began falling in January 2010 when a Canadian going by the name Winington wrote up a post titled, Jackpots Heaven – Non-Random Software, on the watchdog site Casinomeister. In his post, Winington pointed out a statistically unlikely Baccarat losing streak and suggested the site by labeled a rogue.
Almost immediately, eagle-eyed Casinomeister members noticed a number of discrepancies in Jackpots Heaven’s Terms and Conditions. Of particular interest was the fact that the Costa Rican gaming license number they were using was not legitimate. For starters, Costa Rica doesn’t issue gaming licenses and the number on the license belonged to Casino Riva and was issued out of Malta.
A representative of the company named Raphael Taub posted a response denying that the games were rigged, but acknowledged that a freelancer may have lifted the gaming license from another site. Taub also threatened legal action against forum users who posted negative comments about his casino.
Online Detective Work
Taub’s strenuous denials didn’t convince the amateur sleuths at Casinomeister who quickly discovered that the gaming license number wasn’t the only thing Jackpots Heaven lifted. As it turns out, the entire site, from the graphics to the code running it and even their phone number, were lifted from other, legitimate, online casinos. And the deceptions didn’t stop there.
It turned out that Jackpots Heaven had been misleading customers, and forum users, about just about everything including their location. While the company initially claimed that their servers were located in Costa Rica, they were actually located in Panama, registered in the U.K. and disguised using DNS cloak. All of this information was exposed by online forum users.
Jackpots Heaven Responds
Most rogue casinos and affiliates hide behind a slick veneer of phony customer service and public relations talk, but wasn’t not how Jackpots Casino operated. A company representative going by the name Senor Deep Pocket posted a video response to critics on APCW that was, uh, unusual at best.
As an attempt to re-establish Jackpots Heaven as a legitimate online casino, it was a complete failure. The video (see above) includes images of angels, a Mozart soundtrack, and a voiceover that’s been run through some sort of voice disguising device that makes it sound like the Jigsaw from the Saw movies.
On the video, Senor Deep Pocket maintains that, “virtually none,” of the major charges against them are true. It goes on to say that their gaming license is legitimate, despite evidence to the contrary. They also point out that borrowing the look-and-feel of other sites is a legitimate and accepted gaming industry practice.
But no one was really convinced.
Not surprisingly, the video made Jackpots Heaven something of a laughing stock in the gaming business. After a few months, they disappeared from sight entirely, whether they’ll be back in business under another name is anybody’s guess.

Lesson for Affiliates
For webmasters and affiliates, the Jackpots Heaven story is a good lesson in the power of the iGaming community. A simple forum post from a player who wasn’t afraid to question the results of a few hands of baccarat exposed a web of lies and deception and eventually brought down a genuine rogue.
In an industry that’s desperate for legitimacy and regulation, watchdog sites like CAP and Casinomeister, and the community of active users who support them, are a solid line of defense against scam artists like Jackpots Heaven.
What’s the WORST program you’ve ever worked with? Let us know in our forum thread!