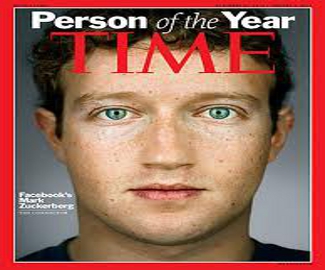 Social media giant Facebook is looking at making a foray into the gambling business in 2012. If they do, it could radically change the course of how online gaming and affiliate marketing is conducted across the planet.

Facebook’s potential dive into real money online gambling came to light this week when eGaming Review reported that the company was in talks with U.K. gaming companies like Gamesys and 888. Though no firm plans have been announced, it’s believed that the companies discussed how gaming opportunities could be offered to Facebook users in countries where gambling is legal.

How in-Facebook wagering would work is not clear, but there’s no reason to think that it couldn’t. The potential revenue windfall for Facebook and gaming companies is simply too big to ignore. After all, there are around 30 million Facebook users in the U.K. alone. That’s a huge market that dovetails nicely with traditional gaming demographics.

To be prepared when Facebook and gambling do become one, check out WP4FB, which will help you establish a better brand presence.

Whether real gambling would find a market on Facebook isn’t really in doubt. After all, the most popular social gaming app on the planet is Zynga’s Texas Hold ‘Em with around 30 million players logging in every month.

Zynga Texas Hold ‘Em players start out with a virtual roll of a few thousand chips and can earn more chips by winning them in games, or by inviting friends to join. But Zynga also rakes in huge amounts of money by selling virtual chips to players for real cash; and Facebook gets a cut of every sale. It’s probably safe to say that iGaming for real cash would operate on a similar model.

So what’s behind Facebook’s move into real gambling? Money, pure and simple. Facebook is looking at going public in the near future and they’ll need enhanced revenue streams to keep investors happy. Mark Zuckerberg and his associates have no doubt seen what happened with Zynga and are eager to avoid a similar fate.

Zynga’s IPO was hyped as one of the biggest social media stock offerings ever and excitement reached a fever pitch in the weeks ahead of the first trade. But despite raising around $1 billion, Zynga stock quickly fell from $10 a share at opening to $9.50 and has hovered around there ever since. The problem is that while Zynga has plenty of revenue coming in from the sale of virtual goods, they’ve long since passed critical mass and are losing thousands of players every day.

In-Facebook gambling could provide a serious revenue windfall to both iGaming companies and Facebook. It also puts everyone involved in a really good position to reap the rewards of legal online poker in the U.S. And while a built-in audience of around 140 million American users, the potential revenue is enormous.

For affiliate marketers, the prospect of legal gambling for real cash is nothing but good news. Facebook users are avid gamers and, even though they complain, they’re actually open to new ideas and applications. But it will likely mean a major shift in marketing strategies. Marketing on social media is very different animal from marketing on the open web.

Webmasters who want to get a jump on this potential windfall should start getting used to social media now. Remember that, unlike the open Web, Facebook is a closed environment and companies that bungle first impressions with social media audiences may find themselves out in the cold.

To say that Facebook’s entry into the iGaming market is a game changer is putting is mildly. Everything Facebook does is done on an epic scale. Any online gaming company that does business in the Facebook space could expect to reap considerable profits.

And that’s to say nothing of the credibility boost online casinos could see from their association with the social media giant.

Facebook would not only require online casinos to operate in compliance with gaming commissions from wherever they’re licensed, they’d likely add a few layers of regulation themselves. And while that might be a nuisance for casino operators, it would help draw in players who might not feel comfortable visiting a gambling website on the open web.

If this deal comes to pass iGaming would never be the same again.

Is this latest move by Facebook a game changer for iGaming world? Let us know what you think in our Online Gambling Newswire Forum.