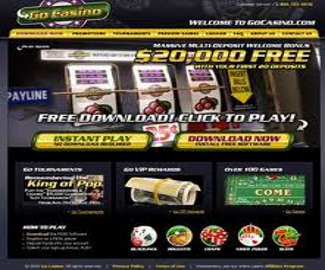 Last month CAP published a list of the 10 Worst Gambling Affiliate Programs to help our readers avoid some of the less-reliable partners. As a follow-up to that piece we’re taking a closer look at some of those programs and why they were such a bad deal for affiliates in the hopes that our readers can avoid similar bad players in the future.
Best Casino Partners
As most affiliates know, the events of Black Friday weren’t focused as much on card games as they were on that poker money was processed. So it’s not too surprising to find that money processing is at the heart of the latest problems affiliates have had with Best Casino Partners (BCP). (Though that’s just one of the many problems BCP has faced, and caused.)
Black Friday Shutdown
BCP was one of the many gaming companies whose U.S. domain were seized by the Department of Justice (DOJ) on Black Friday. They also processed payments through QuickTender (QT), which was also shut down by the DOJ for processing U.S. player money.
Both BCP and QT notified account holders that the Feds had seized player funds and that, for practical purposes, both businesses would be shutting down to U.S. players and affiliates. BCP officials told some affiliates and players that the money they were owed was with QT and was gone for good. In June of 2011, BCP shut down their affiliate program. But that wasn’t the end of the story.
BCP Casinos Take New Players
In June of 2011, BCP sent out an e-mail inviting new players to sign for account bonuses and other specials at GoCasino.com. Not surprisingly, the many affiliates who were owed anywhere from a few hundred to tens of thousands of dollars were not pleased to find out that the company they thought was out of business was taking new players. This was especially frustrating for affiliates with international players who were still playing, and losing money with, BCP affiliated casinos.
On forums like CAP and AffiliateGuardDog.com affiliates and BCP representatives went back and forth, but with no real resolution. BCP offered some affiliates a percentage of what they were owed, but based the amounts on totals that were calculated before Black Friday, any money that would have gone to them after the shutdown was, presumably, lost forever.
Though American affiliates discussed slapping BCP with a rogue label, the point was moot. After all, what good do rogue labels do when the rogue company isn’t going to do business with you anyways?
Not Their First Rodeo
Unfortunately, this wasn’t the first time that affiliates had run into problems with BCP. The company had already engaged in a number of practices that were misleading at best. Forums posters regularly wrote of problems with missed payments and non-payments from BCP.
Players and affiliates also accused the company of other offenses included turning some of their casino sites into portals that funneled potential players away from affiliates. They also applied retroactive changes to their terms and conditions that denied site managers revenue they had rightfully earned.
The Trouble with the Internet
BCP’s story brings up some interesting issues about doing business on the World Wide Web. While there are plenty of sites like CAP and AffiliateGuardDog that provide information to affiliates who feel they’ve been wronged, there’s not much that can be done in the way of legal action. Internet forums simply don’t have any regulatory or enforcement powers. Some affiliates have banded together to file a suit through Commercial Law League of America (CLLA). But that could take months, if not years to run its course.
While BCP’s website is in a state of suspended animation, many in the affiliate world believe that they’ll resume operations under a different name in the near future. And, of course, there’s nothing to stop them from doing exactly that. On the Internet, closing up shop and starting over is as simple as adding a few lines of code to existing software and templates.
Moving Forward
BCP had a bad reputation long before Black Friday, so the events surrounding the QT implosion were hardly surprising. But this story illustrates the challenges faced by affiliates who are trying collect money they’ve rightfully earned from less-than-scrupulous casinos and affiliate programs.
What do you think are some of the warning signs of rogue casino? Let us know in our Casino Affiliate Scams & Warnings Forum