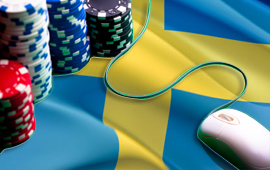 Gaming laws across the planet are in a constant state of change as governments and private businesses hustle to grab revenues wherever they can. To help our readers keep up with these developments, CAP is taking a closer look at the current state of iGaming in a number of key markets including Germany and South Korea. This week we’re looking at Sweden where attempts at breaking a government gaming monopoly have been unsuccessful.

European governments have shown real tenacity in combating online gaming on the Continent. But they’re not fighting to protect the moral character of the their people, they’re fighting to protect their own, very lucrative, gaming monopolies. In countries like Germany and Spain regulators seem to be losing their battles with EU regulators and markets are slowly opening up. But in Sweden, the government retains an iron grip on online gaming.

The Swedish government has run a gaming monopoly since 1934. Since 1997 it’s been run under the name Svenska Spel. In 2002, the company began offering digital scratch card games and added online poker to their portfolio in 2005. At the time, government officials said that the move was made to insure Swedish poker players could play in a regulated environment.

Unlike other European governments, Sweden has stuck to the idea that their monopoly is protecting their citizens, rather their own financial interests. Whether that’s true or not may make for good bar room arguments, but it’s been a very successful legal strategy.

When EU regulators inquired about Swedish gaming laws back in 2004, the government claimed that their laws didn’t discriminate or limit betting opportunities. That argument held up and the monopoly was allowed to stand.

No company has tried harder to crack open the Swedish gaming market than British bookmaker Ladbrokes. In 2004 the company attempted to secure a Swedish gaming license and was rejected. A lengthy legal battle followed, but in June of 2005, a Swedish high court tossed ruled against Ladbokes. The decision was roundly criticized by LadBrokes Nordic CEO Douglas Roos. Roos maintained that the judges in the case were, “totally lacking in integrity.”

Ladbrokes had previously battled the Swedish government over digital scratch card advertising and lost that one, too. In that case, judges upheld a policy prohibiting Swedish newspapers from accepting advertising from offshore gaming sites. The newspaper wound up receiving a heavy fine.

Ladbrokes continues to market to Swedish gamers through their Swedish language sites. But, as of this writing, they do not have a Swedish gaming license.

What’s really amazingy about the Swedish gaming monopoly is the number of attacks it has withstood. Time and time again Swedish politicians have promised to change the policy, and not followed through.

Even more surprising is the number of times Sweden has beat back EU regulators. Their steadfast claim that Swedish gaming policy is designed to protect citizens and not revenues seems is winner. (Of course, many would argue that putting a fence around gaming sites isn’t much protection for problem gamblers.)

Is Sweden’s famous neutrality giving the country an edge in EU courts that other countries don’t have? It’s hard to say, but the Spanish, German and Belgian governments must be very jealous right now.

The Swedish government is so effective at blocking out foreign competition that a break in this market seems unlikely. But that doesn’t mean affiliates can’t grab a piece of the Swedish action anyways. While the government in this Nordic land is keen on protecting their own interests, their famously liberal worldview prevents them from blocking Internet access to offshore websites. There’s nothing stopping anyone from opening a nice site aimed at Swedish gamers.

Do you think that the Swedish market will ever open up to offshore competition? Let us know on our Online Gambling Laws and Regulations Forum.