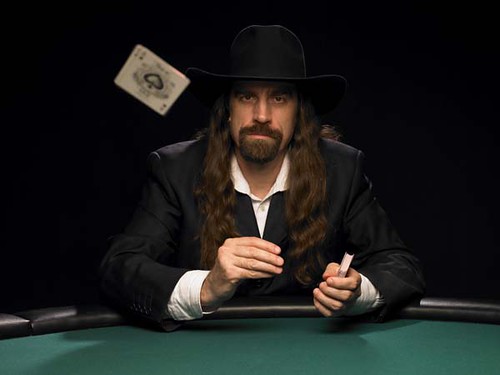 The Full Tilt Poker case continues to stir controversy in the online gambling community. The past year was pretty hectic for Full Tilt Poker, including its domain seizure by the US Federal Government and dealing with customers demanding their unreturned funds all year long. To nobody’s surprise, there were still ingredients left to add to the broil and the controversy has once again started dancing to the sound of Chris Ferguson‘s latest $14.3 million investment in the company.
As you may already know, Full Tilt Poker’s board of directors includes various professional poker players that are sponsored by the site and work as site ambassadors around the world, plus are granted partial ownership of the site. Chris “Jesus” Ferguson was one of those board members that is now involved in a legal battle regarding the recent acquisition of the poker site by Group Bernard Tapie (GBT).
Ferguson’s argument is that he collaborated with $14.3 million to help the company’s expenditure after Black Friday. He claims that he did this out of a sincere intent to help Full Tilt Poker, and hoping that he would become part owner of the site again once GBT acquired it. To his surprise, the result of GBT’s negotiations with the US Department of Justice was that none of the current members of Full Tilt Poker is enabled to any ownership of the company’s assets.
On Fraudulent Accusations and Chris Ferguson’s “Rights”
In response, Chris Ferguson claims that his rights have been denied, and is starting to see his $14.3 million foregone as they can be considered an investment on his behalf that requires no more returns than those he’s already been paid. Ferguson’s attorney has been trying to hamper GBT’s acquisition of the site, but no concrete actions have been taken regarding the matter by any of the parties, other than public allegations and accusations. The online poker community doesn’t seem to have much sympathy for Ferguson, especially after the feds filed a claim Ferguson’s involvement in a civil money laundering campaign last Tuesday.
The money laundering accusations was pushed forward by federal prosecutors in Manhattan who referred to Full Tilt Poker as a “massive Ponzi scheme.” The solid allegation is that the site used $440 million of the funds of online poker players to pay members of its board of directors. Former and current Full Tilt Poker account holders do not value such type of claims being raised on the organization the once put all their trust in. In the civil complaint filed by federal prosecutors in November, 2011, they restrained from calling Full Tilt Poker an investment fraud, but rather alleged that the board of directors got rich because of inappropriate use of betting funds to pay corporate dividends.
At the moment, there is no concrete information to verify the fraudulent action by the company claim, nor can justify Ferguson’s right to ownership of the company. The feds legal case will probably develop in the upcoming months, and we are still to see if Ferguson will take legal action on this matter.
On Chris “Jesus” Ferguson
Chris Ferguson is an American professional poker player with five World Series of Poker (WSOP) bracelets on his wrist. He was a member of the Poker Player Alliance’s board of directors until May 2011. He is an extremely talented gambler, and in his bag of tricks is the ability to throw cards fast enough to cut through fruits. Dead serious, watch it here!
* A Ponzi scheme is a fraudulent investment that is characterized by investors receiving their own money, or that of subsequent investors, as returns for their capital expenditure as opposed to receiving any actual profit earned by them or the organization running the operation. Often, the fraudulent organization focuses on attracting new investors to pay earlier investors and to use it for personal expenses, instead of investing the money properly and generate profit.
What do you think about the fraud accusations being placed on Full Tilt Poker and its board of directors? Should Chris Ferguson get his money back? What’s your stand on this latent issue?