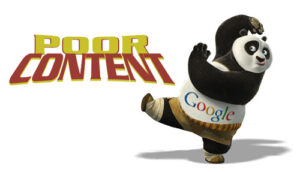 In swift and stealthlike fashion, Google updated its search engine algorithm Panda to version 2.5 this week, in a move that is already effecting worldwide website rankings. The reason for the update is to “continuously promote (Google’s) commitment to providing high quality sites and search engine results pages to users of Google Search and related services.”

With such a full scale update, there are bound to be SEO visibility winners and losers in the bunch. According to Searchmetrics, some ranking losers include popular blog aggregator Technorati, NBC’s The Today Show and Entrepreneur.com. Update winners include Google’s own YouTube and Android.com (how odd!), and mainstream news media sites including Fox News, US Weekly and the Wall Street Journal.

So, if a search engine update like Google Panda 2.5 can impact heavy sites like these, as a gaming affiliate, what does this mean to you?  For starters, despite the controversy that surrounds YouTube’s continuously increased visibility on Google, it’s been proven that video can have some major SEO benefits. It’s also great for increasing time on a site. If a user watches a video on your site, they’ll be there for the duration of the video, or at least until they get bored (hence the need for good video content). In short, it’s time to start taking video marketing more seriously, and if you already do, to step it up even further.

The good news is, at a time when gaming affiliates are trying to save money on marketing just like everyone else, posting videos on YouTube is still free and has been a major search player for years. Using YouTube videos to drive traffic to a site, and subsequently sell products and services, has made a small fortune for tech-savvy affiliates for a very long time, and there is no reason why you shouldn’t exploit the potential here.

And remember, content, albeit quality and engaging content, is still king. After the Panda 2.5 update occurred, a Google representative stated, “Since we launched (Panda 2.5), some sites have incorrectly assumed that changes in their rankings were related to Panda. SEO is a complicated and evolving art and science, so rather than focusing on specific algorithmic tweaks, we encourage you to focus on delivering the best possible experience for users.” As a gaming affiliate, you must build your website with your potential users in mind and make every effort to keep such users satisfied, now more than ever. This is a distinction from creating low quality pages based on highly searched keywords.

The very design of Panda 2.5 is to weed through sites that have low quality pages, and rank them accordingly. Going forward, focus on producing content—videos, articles, blogs—that your users will enjoy. This has always been good practice, but with new visibility updates shaking up the web, this is now critical for gaming affiliates who want to compound their revenue and business growth.

Have you already felt the impact of Google Panda 2.5? If so, let us know in the “Still stumped with Google Panda Updates?” forum thread here.