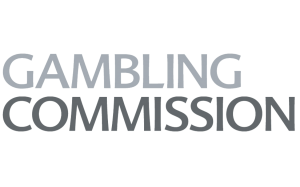 The UK Gambling Commission (UKGC) suspended Bet-at-Home.com’s UK gaming license while it reviews unspecified allegations against the operator. Full suspensions of this nature are a rarity in the UK, but could be something that becomes more common as UK regulators crack down on operators ahead of a major overhaul of UK gaming laws.

While it’s unclear exactly what the Commission is investigating, a posting on the UKGC’s website states, “The review and consequent suspension follows concerns that activities may have been carried out contrary to the Act, not in accordance with conditions of their licence and that the Licensee may be unsuitable to carry on the licensed activities.”

Given the language used by the Commission, it appears as though they are investigating either a social responsibility or anti-money laundering issue.

Bet-at-Home.com is truly an international operator that’s based in Germany; has offices in Malta; and is ilcensed in multiple European markets, including Germany, Austria and the Netherlands. That said, the company has had regulatory issues in all three of these countries, a situation that likely caused a major dip in corporate revenue.

At the UKGC, Commissioners weren’t giving away much information, but did emphasize the responsibilities operators take on when they operate in the UK saying, “We have made it clear to the operator that during the course of the suspension, we expect it to focus on treating consumers fairly and keeping them fully informed of any developments which impact them.”

Though Bet-at-Home.com’s UK operations are suspended, players are still able to withdraw funds from their accounts.