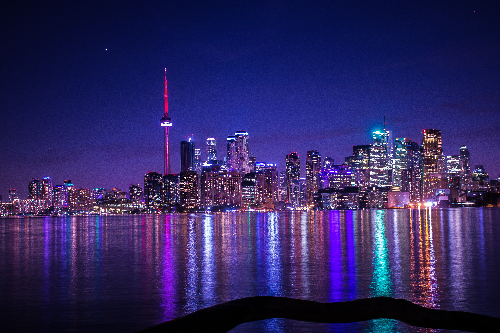 When lawmakers in Ontario, Canada expanded the scope of regulated gambling recently, operators across the globe saw an opportunity to tap into a massive market and huge numbers of new players. What they may have forgotten in the excitement was that the same legislation that brought regulated online gambling to the market also included some pretty strict rules about the use of free play and bonuses in operator marketing materials.

Apparently, the marketing staff at BetMGM and PointsBet didn’t get the memo about marketing free play and bonuses. Both companies were recently informed by the Alcohol and Gaming Commission of Ontario (AGCO) that they’ll be issued fines for social media posts and advertising that violated the province’s strict marketing rules.

BetMGM will be forced to payout $48,000 for a series of tweets that included an offer of $10 worth of free casino to anyone placing a $25 wager. The operator was also called out for a separate tweet offering “Jimi Hendrix Free Spin Friday.”

PointsBet is facing a $30,000 fine for a series of promotional posters that popped up at Ontario mass transit stations that included what officials called, “an inducement to free play”.

In response to an inquiry from OnlinePokerReport, PointsBet Canada CEO Scott Vanderwel, apologized for the marketing miscues saying, “On behalf of PointsBet Canada, I personally apologize for our error made in the interpretation of the standards set forth by the Alcohol and Gaming Commission of Ontario (AGCO) leading to this outcome. I am appreciative of the considerable efforts made by our local team and close partners to remediate the issue once we were notified. As I have stated in the past, we pride ourselves on our reputation as a compliant operator and believe in working collaboratively with regulators inside the legal framework. We are advocates for the legalization and legitimization of this industry and believe in the importance of creating a level playing field in which all operators contribute to safe, responsible play.”

The AGCO is clearly sending a message to all the operators with these and it’s likely that that message will be received loud and clear.