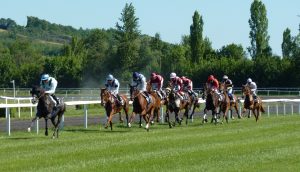 The Betting and Gaming Council (BGC), a British gambling industry trade group, is using the return of Britain’s Grand National horse race as a platform to rail against some impending regulatory changes. In a statement posted on their website, BGC officials celebrated the vaunted race’s value to the British economy, but warned that proposed changes to the Gambling Act could kill the fun for the everyone.

There’s no question that the Grand National is a huge event in England and its absence from national life has certainly been missed by citizens and betting shops alike. The race was last run in 2019 due to COVID, and industry executives are keen on seeing its successful return. But they’re also warning that proposed financial background checks on punters would keep casual gamblers from participating in Grand National fun at all.

“It’s fantastic bookies are once again open on high streets, but there could be a sting in the tail next year if anti-gambling prohibitionists get their way. Research shows punters would react badly to being asked to submit to instructive affordability checks, or curbs on their consumer experience, with any ban on promotions. One study found 95 per cent of punters would not share bank details in order to place a bet – while 86 per cent of punters feared checks like this would drive gambling underground,” explained Betting and Gaming Council CEO Michael Dugher.

The Grand National will be run on April 9 and it’s expected that as many as 13 million Brits will wager on the race. That’s nearly 2.5 percent of all the horse bets in the entire country, for the entire year and about half those bets will be placed in person.