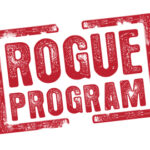 2. Best Casino Partner (BCP)
BCP generated dozens of complaints from affiliates for everything from simple non-payment to accusations of turning their site into a portal to funnel traffic other sites. (“I was seeing deposits too, until the moment they locked us out from our stats,” Play said in the CAP forums earlier this year). Affiliate Guard Dog labeled several of their terms and conditions as predatory but in the end, none of that mattered much.
Last spring BCP announced that they were shutting down completely as part of the fallout from Black Friday. But some in the affiliate world have speculated that BCP would resurrect itself under a new name. And for that reason, they remain a company to watch out for.