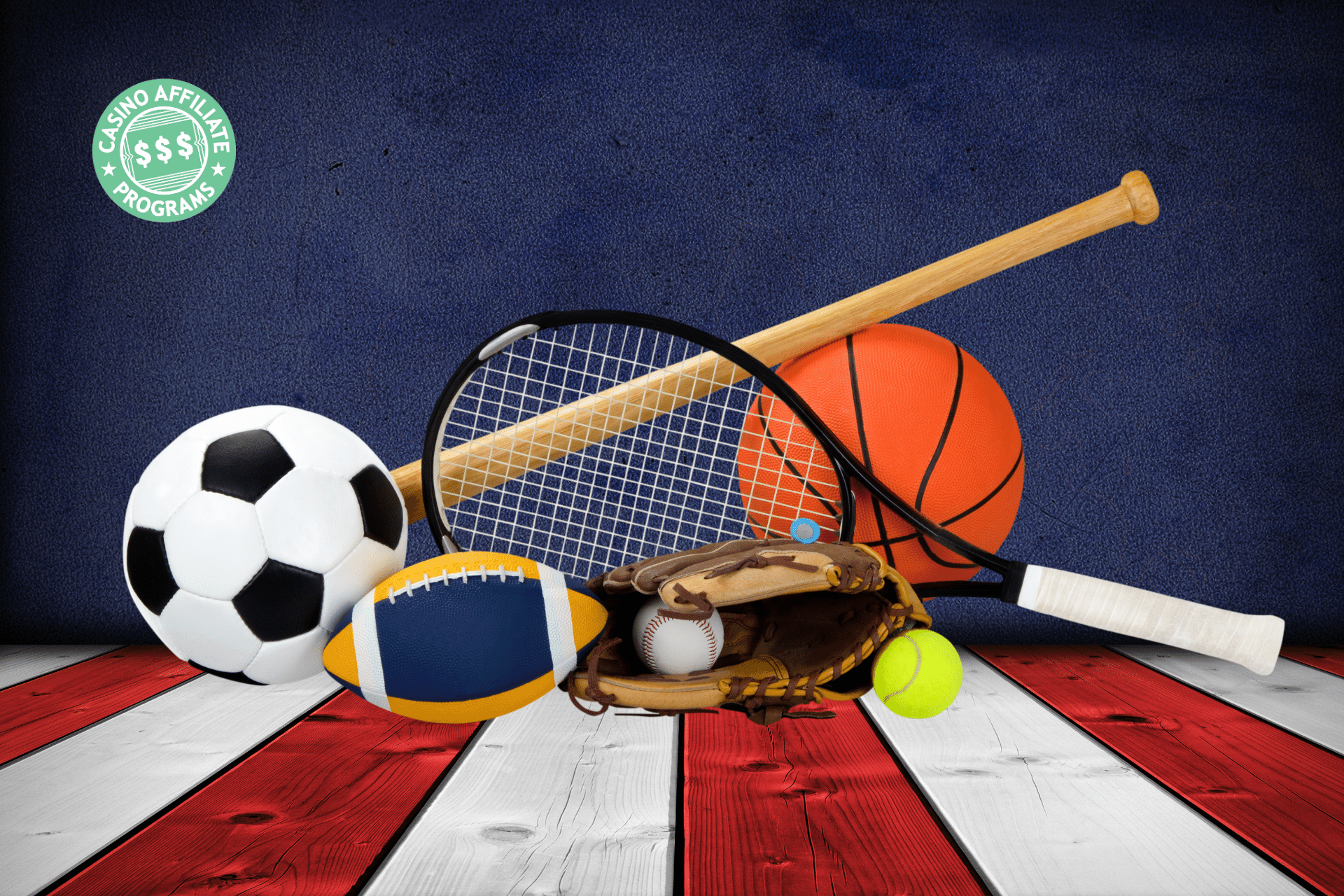 You don’t need us to tell you that sports betting is big business in the US. Since the repeal of the Professional and Amateur Sports Protection Act (PASPA) in 2018, the industry has grown to become worth more than $1bn with no signs of that growth slowing down.

This presents a tremendous opportunity to affiliates as more states open their doors to legal online sports betting. But to leverage the opportunity, affiliates will need to create content that engages bettors and to do that they will need to know which sports are the most popular and the most bet-on.

Where Is Sports Betting Legal?

At the time of writing in June 2022, sports betting is live and legal in 31 jurisdictions – 30 states along with Washington DC. Meanwhile, another five states have passed legislation that will regulate the vertical but have not yet launched their markets.

Of those jurisdictions that have launched legal sports betting, 21 offer mobile wagering with the five waiting in the wings also opting to offer online and mobile betting.

Some of the largest and most significant states that permit sports wagering are:

In addition to the states that have or are set to regulate sports wagering, another three have filed legislation in 2022 to potentially change their laws: Alaska, California, and Massachusetts.

Throughout the year there are a large number of major events that make up the US sporting calendar. And in the same way that they attract huge TV audiences, many fans view them as an opportunity to bet and in some cases, bet big.

But what do American sports bettors like to bet on in particular?

According to the American Gaming Association (AGA), 45 million people in the US planned to wager on the 2022 March Madness. That equates to 17% of adults in the country, and bookmakers would have handled more than $3bn if those numbers were accurate.

The vast majority of those who wanted to bet on March Madness said that they planned to do so outside of brackets. A total of 76% of bettors said this is how they planned to wager, which represented a 21% increase compared to 2021.

Regardless of whether you follow football or not, the Super Bowl is always one of the most significant events on the American sporting calendar. 31.4 million people in the US planned to wager on the 2022 game, which represents a record.

Compared to 2021, the value of wagers was expected to rise by 78% to $7.61bn. Meanwhile, the number of people planning to bet was 30% higher than in the previous year.

What Are the Most Popular Sports in the US?

If we look at the most popular sports in the US – both to wager on and not to wager on – we’ll see that football is by far the top dog. 37% of Americans said that it was their favorite sport, with basketball coming in a distant second.

The TV viewing record for football is 111.9 million, with second-placed basketball recording 24.4 million. 11% of people in the US said it was their favorite sport.

In third place is baseball or softball, with 9% of Americans declaring it their most loved sport. The TV viewing record is 40 million.

Soccer has grown in popularity throughout the US, and 7% of people in the country said it was their favorite sport – putting it in fourth place. The viewing record is 27.3 million.

The fifth-most popular sport in the US is ice hockey, with 4% of people in the country considering it their favorite. At 27.6 million, it has a slightly higher maximum viewing figure than soccer.

What Should I Consider When Offering US Sports Betting Information?

When running a US sports betting affiliate site, you should remember that you might need to apply for a license in some states.

You will also need to think about the state-by-state preferences that players have. While ice hockey might be popular in one, it’s not necessarily going to be if you head to the other side of the country. Gauging what people think in your specific market will go a long way.

If you’re thinking of heading into the US sports betting scene, there are heaps of untapped potential to unlock. The most popular events always attract a significant number of bettors, and wagering will only increase in years to come.

If you’re thinking about expanding into the US market, you’ll find plenty of affiliate programs worth joining on Casino Affiliate Programs. Join now!