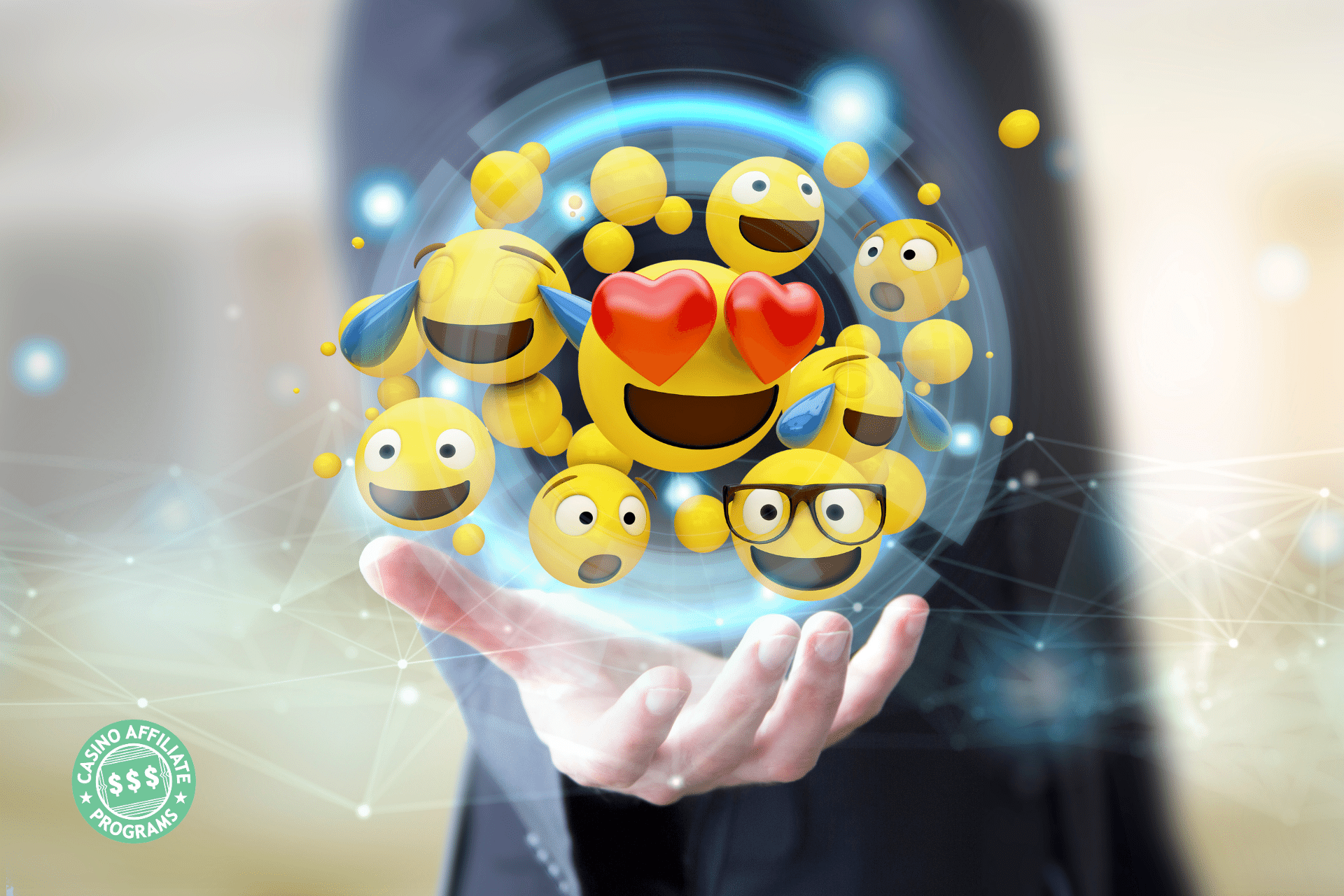 If you’ve spent more than two seconds on a smartphone, you’ll almost certainly be aware of emojis by now. These are more than a way to spice up conversations with friends though; many companies have begun using such visuals in their marketing campaigns.

But should you join them, and how can you use emojis effectively? Let’s find out.

The Cases for and Against Using Emojis

When used correctly, emojis are an excellent way to add an element of fun to your marketing copy. You can make your work more visually appealing without trying too hard, along with explaining yourself where words can’t do the talking.

Another benefit of using emojis in your marketing is that you can get users involved. This is especially true on social media, as we’ll discuss in more detail later.

On the flip side, emojis can go terribly wrong if you aren’t wise with how you use them. You risk being viewed as cringey by your audience, and you can needlessly harm your reputation and brand.

When using emojis on social media, you should also remember that some have connotations you might not be aware of. For example, using the eggplant emoji might not go down too well with your audience.

You can use emojis on social media in several ways. One of the most creative options is to create a poll where you allow people to vote with one, which gets them involved in the conversation.

On social media, you can also use emojis in your tweets to gain attention. For example, you can start with a raised hand or a person talking if you want to reel the user in.

When using emojis on social media, remember to use them sparingly.

Using emojis in email communications can be a little tricky, but it isn’t impossible. You can consider adding them to the subject line, which will likely catch the reader’s eye and give them more of a reason to click on the actual email.

During the text, you should use emojis sparingly – like on social media. Think about how you’d use them in text and try something similar with your emails; that way, it’ll feel more natural.

Emojis shouldn’t play a huge role in your email communications, as they can get annoying if used excessively. Instead, you should strive to use a maximum of three or four – and only use them where they add extra value.

Using emojis in your ads can be a little trickier than doing so on either of the two previously-mentioned marketing channels. However, it’s by no means impossible. Instead of using actual emojis, you can use popular culture colloquialisms – such as “100 emoji”.

If you want to use actual emojis in your advertising, you have a couple of options. One would be to use it next to the product it portrays, such as a new pair of sneakers being “fire”. Or if pushing the latest NHL odds, the ice hockey emoji could work well.

Alternatively, you can use emojis similarly to how you would in an email title.