Poker Stars has established a trust fund called The PokerStars Player Protection Plan for French player funds in a move designed to increase transparency in the online poker industry. The trust fund, which is being administered by British financial service company IFG Group, is modeled after similar funds mandated by companies with Isle of Man gaming licenses.
Setting the Standard
Poker Stars is hoping that other online gaming companies, and regulators, will follow their lead on this subject. “We hope that all responsible licensing authorities will ultimately insist that online gaming companies maintain the full amount of customers’ funds in fully segregated, independently managed accounts,” PokerStars’ CEO Gabi Campos said in an online press release.
Not surprisingly, the trust fund idea won high praise from Isle of Man gaming officials. “We are delighted to see the expansion into Europe of the responsible player fund management practices we pioneered in the early years of the industry in Isle of Man,” said Steve Brennan, Chief Executive of the Isle of Man Gaming Supervision Commission.
It should be noted that Poker Stars was one of the first online poker sites to come up with a plan for reimbursing U.S. player accounts in the wake of Black Friday. Paying off U.S. players was a lot easier for Poker Stars than other companies because the funds were already in a trusts fund. That’s garnered plenty of goodwill in the U.S.
The Big Picture
Moving player funds into independent oversight is a great PR move for Poker Stars that should gain them credibility with players and European regulators. Company officials are planning to put similar player protections, which are not currently mandated by law, in place in other European markets including Spain and Italy.
Because the company already has a good reputation with U.S. gaming regulators and the Department of Justice, they are in a good position to jump back into the U.S. poker market if it’s made legal again. (Of course their partnership with Steve Wynn won’t hurt that bid either.) 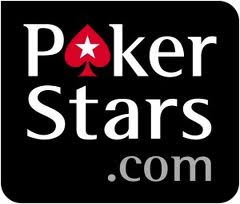 Finally
Keeping player funds far from other company money is a surprisingly simple idea that should catch on in the industry. After all, this type of transparency is exactly what players and regulators expect from the outset. And companies that regularly engage in best practices like this can save themselves some major legal headaches like the kind Full Tilt Poker Executives are experiencing.
Do you think that poker sites are doing enough to protect player funds? Let us know in our Online Gambling Laws and Regulations forum.