Online sources have reported that Groupe Bernard Tapie (GBT) has reached a deal with the US Department of Justice (DOJ) that will allow it to purchase Full Tilt Poker.
Details of the arrangement are, as yet, unconfirmed but it’s believed that the deal includes provisions for repaying hundreds of millions of dollars to Full Tilt account holders. Though GBT has yet to make an official announcement regarding this latest development, poker news sites pointed to an e-mail from Tiltware CEO Ray Bitar to shareholders announcing the deal.
In the e-mail he said that GBT had agreed to pay back Full Tilt players through funds that would be distributed by the DOJ.
He also noted that the deal was subject to approval by Full Tilt shareholders. If they give their approval, the acquisition deal could move forward at a much faster pace.
Bitar’s attorney told Cardplayer.com that though details had not been finalized, he believed that the basic elements of the deal had been done.  Cutting a deal with the DOJ to resolve player accounts has been a major stumbling block in GBT’s efforts to acquire the beleaguered poker site. GBT CEO Bernard Tapie, the onetime owner of Adidas, has made a name for himself by taking bankrupt businesses and making them profitable again.
What It Means for Affiliates
For affiliates, a settlement between GBT, Full Tilt and the DOJ could be very good for business. It stands to reason that a large percentage of Full Tilt players, both domestic and foreign, will redeposit some part of their recovered funds back in offshore gaming sites. This story is still breaking and more details may be available later this week. As of this time, the DOJ has not made any official announcements regarding the deal or timeline for player reimbursements. 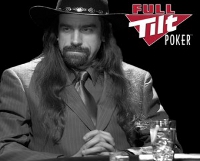