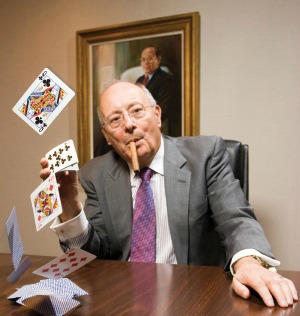 There are a few things that online poker players and casino affiliate marketers should know about Al D’Amato.

To start, he is a former United States Senator. Along with this, he is the Chairman of the Poker Players Alliance. When you add together these two positions, it is easy to see why D’Amato is so involved with the legislation regarding online poker.

Last week, Al D’Amato had his chance to discuss with Congress the current online gambling laws as well as his ideas for amending them as to benefit players and the government.

D’Amato said, “With so many issues before Congress, we are encouraged that ensuring player protections for online poker was raised for consideration by this committee.” He added, “Clearly Congress is hearing the voices of the thousands of poker players across the country who have expressed their frustration at the government’s actions to restrict their personal freedom to play this great game.”

If one point can be taken away from D’Amato’s argument, it is this: Congress must clarify online poker legislature to ensure that players know what is and is not legal. According to him, “the Unlawful Internet Gambling Enforcement Act of 2006 simply told banks to block payments for ‘unlawful Internet gambling’ without defining that term.”

Sharing the same sentiment as the majority of players and affiliates, D’Amato explained that millions of Americans have been playing online poker for nearly 10 years. He feels that events, such as shutting down Full Tilt Poker on April 15, simply fuel the frustration of these players.

To show just how much support the industry has, D’Amato referenced statistics such as the more than 80,000 emails and letters that players have sent to Congress asking for a regulated and licensed online poker industry in the United States.

In closing, D’Amato argued that a regulated industry would create a safe playing environment as well as thousands of jobs. Not to mention the fact that both federal and state governments would receive billions of dollars in revenue at a time when the country is facing its worst economic crisis in years.

What do you think about D’Amato’s testimony? Discuss this topic here in our forum thread about Al D’Amato’s push for legal online poker.