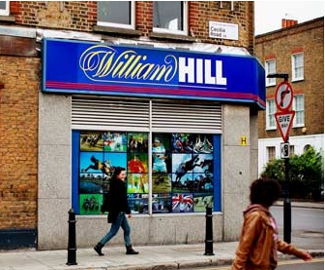 The William Hill and Playtech relationship has reached its tipping point. However, the joint venture between the two operations, known as William Hill Online (WHO), is far from reaching the end.
The Times recently reported that William Hill managers in Tel Aviv have attempted to undermine the company by offering compensation to staff who agreed to walk out in response to rumors that the company would be moving to Gibraltar.
An anonymous employee reported to the newspaper, “We received an e-mail when this all started. It convinced me, and I think all of us, that if we stuck by [local managers] and the rest of the team we would keep a job here.”
Despite rumors that Playtech and William Hill have different ideas of how the venture should be conducted, WHO CEO Henry Birch stepped forward in an attempt to calm both sides. He went as far as offering incentives to staff that came into work as opposed to walking out.


According to employees, managers at the Tel Aviv office went as far as to disable phone lines and block all work email accounts.
It appears that both sides are sticking to their guns, not being able to “meet in the middle” and come to a resolution. The Times put it best by saying, “You had this clash between the British way of doing things — by the book, dotted i’s and all — and the Israeli way of doing things.”
There is one man missing in this story: Playtech founder Teddy Sagi. Is it possible that getting Sagi involved could lead to a quick resolution? William Hill chairman Ralph Topping believes that it could be a big step in the right direction.
At this point, the reputation of both sides has been tainted. The longer the dispute drags on the worse things are going to get.
What are your thoughts? Let us know in the Affiliates United/William Hill – Is it game over? forum thread!