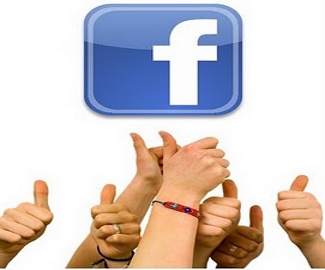 I’m sure that many of you are aware of the recent updates to Google’s search algorithms through my constant natter about it, but I wanted to focus more on Facebook itself this time, and why anyone who is not currently using it needs to get a move on.

In early November, Google announced they were not only going to start indexing Facebook fan pages, but they were also going to crawl comments. This means that rather than trudging through countless article sites waiting to reject your next post, you can get credit from the mere comments that people make to a quick post on Facebook – and your audience is about 10,000 times the potential size – a whopping 800 million people!

Of course, this alone is not enough to convince most people to change their old ways, so below is a list of reasons why you should start using Facebook if you haven’t already.

So there you have it, if you have read this article all the way to the end and still haven’t opened up Facebook in a new window, you had better get started. The sooner you begin making your presence known, the quicker you can grow your site and start getting those all-important leads in.

Good luck and if you need any advice, feel free to drop me a message.

Daniel Laming spent over two years working as an affiliate manager for GTech and Red Interactive, but recently decided to pursue a role as a full-time affiliate working on website BigPainsNoGains with a team of five, focusing on Online Casino and Online Bingo offers.