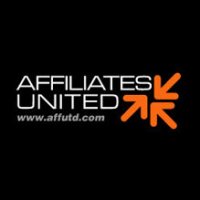 The reasons for the strike at William Hill last week may have come to light. The UK-based bookmaker’s  problems seem to stem from its affiliation with Affiliates United (often referred to as Affutd and formerly known as Cpays).
Following the resignation of William Hill Chief Marketing Officer Eyal Sayoff and the walkout of nearly 200 marketing employees in the William Hill Tel Aviv office, William Hill CEO Henry Birch allegedly promised that affiliate staff from Affutd one month’s extra pay and six months payment if their jobs were terminated.
However, the employees were not satisfied with these promises. The Affutd staff was also angered when they heard that they were going to be relocated from Tel Aviv to Gibraltar, spurring the uprising that took place earlier this month.
William Hill says it is going to discipline some of its executives due to what it calls fabricated information. Either way, many of the current staff members at William Hill aren’t broken up over the departure of the Affutd staff. They feel their company should never have been involved with the affiliate program in the first place, largely because of Affutd’s shady reputation.
Affutd Reputation
Affutd calls itself the most prominent affiliate program in the online gaming industry. It proudly states that its services come with “the highest level of service with 24/7 customer support available.” However, because of its attachment to Cpays, Affutd’s track record and reputation doesn’t support these claims.
Over the years, affiliates have complained numerous times that the systems go down or have had trouble getting their commissions. For a site that supposedly provides such high levels of support, they seem to have a number of issues.
Affutd started having issues again this past month. Many affiliates have complained that their stats were down and they had trouble collecting commissions over the past two weeks. The explanation they received was that they had been out of the office for a couple of weeks due to management restructuring.
William Hill offered a very generous program for its affiliates. However, the problems Affutd—well, mostly from its involvement Cpays—is experiencing have caused problems for William Hill since 2009. Over the years, affiliates have consistently expressed problems getting paid their commissions for sales they completed for William Hill through this program. Many affiliates have told William Hill’s management team about their concerns with Affutd’s program over the years.
Affiliates trusted William Hill because it was such a well-known company. They signed up for William Hill’s revenue share program with Affutd, despite the complaints raised by other affiliates. Many of them came to regret the decision when their payments were never processed.
What do you think about Affutd’s problems? Share your thoughts in the latest forum thread about the matter in the Affiliates United/William Hill – Is It Game Over?