Like it or not, the Android market is set to shape the future of mobile affiliate marketing.

Smartphone use is exploding, and many online gaming companies have embraced the new smartphone operating systems (OS). Most online casino and poker developers now create mobile versions of the web’s most popular gaming rooms for either Google’s Android or Apple’s iPhone — usually, both.

That’s because the iPhone and the Android are by far the largest drivers of the smartphone market. The iPhone’s the gadget that started it all, but in recent years, Google’s own Android phones have not only caught up to the iPhone in sales to new users, but are beating it. 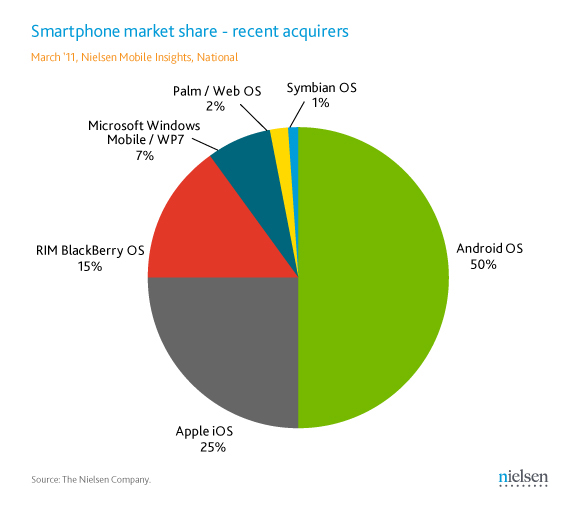 Affiliates still shouldn’t underestimate the iPhone. It’s clearly the cooler of the two brands, and, as eConsultancy.com notes, when it comes to mobile affiliate marketing, it’s still the greatest driver of internet sales, “accounting for almost 40% of total sales through mobile devices.”

It should also be noted that the iPhone is hardware and an operating system. That means that only Apple can produce devices using the iPhone OS. On the other hand, the Google Android market is wide open to any phone manufacturer that wants to produce it.

Why the future belongs to Android

So, while the iPhone is far from dead, and is still a valuable market, the Google Android market is growing at a much faster rate, and is expected to be the mobile industry standard in the near future.

What’s that mean for casino affiliate marketers? If the iPhone is still a big seller, then what’s it matter if the Android market is growing faster?

The gains in the Android market “matter because technology platform markets tend to standardize around a single dominant platform (see Windows in PCs, Facebook in social, Google in search),” explains BusinessInsider.com.

“And the more dominant the platform becomes, the more valuable it becomes and the harder it becomes to dislodge. The network effect kicks in, and developers building products designed to work with the platform devote more and more of their energy to the platform. The reward for building and working with other platforms, meanwhile, drops, and gradually developers stop developing for them.”

Everything Mobile in iGaming

If that’s correct — and there’s no reason to doubt it — then the result is no less than a market revolution, the sort that forward-looking online businesses won’t want to be left out of.

The world’s leading gaming brands are already embracing the Android market as a gaming platform. In July, 2011, Bwin released a new Android mobile app. In January, 2011, Microgaming released a suite of Android games, and has continued to release Android games via its Spin3 division throughout the year.

Other brands that have launched Android versions of their gaming rooms include William Hill, All Slots Casino, 32Red, Bet365, and quite a few others.

If you’re not in on this market yet, you may be missing out now, and you’ll certainly be missing out in the long term. Stay tuned to the CAP Blog for further details on how the Android market will develop, and what affiliates can do to stay on top of it.