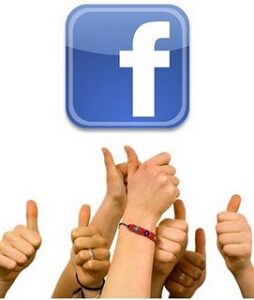 I’ve always been an advocate of Social Media, but I used to have a hard time figuring out how to leverage the expansive audience to get traffic to my websites without spending thousands of dollars.  Facebook now has over 800 million users, and is among the three highest trafficked websites in the world.  Wouldn’t it be cool to figure out how to get some of those people to your website?

Last year, I decided to use Facebook to drive more traffic to one of my websites.   By experimenting with various photo-sharing approaches, I managed to double my site traffic, quadruple my fan page followers, and boost my content views by over 370,000%– in just a week’s time.

If you’re a Facebook user, you’ve probably noticed that the social media behemoth is always making changes to capture more data, make things more engaging and essentially offer a more unique product offering.  In the past year, Facebook has launched a number of new features including timelines, security enhancements, updated photo albums, and much more.  However, the one that caught my attention was the ability to click one button and “Share” your friends’ status updates, photos, and practically anything else that they posted.  I decided to see how I could capitalize on this new feature, and the results are summarized below:

I was seeing photos pop up in my mini-feed, and I wondered why and how people were sharing these photos posted by other people.  Before this functionality was launched, users had to copy and paste the URL of a photo or include an @(username) in order to attribute the post to the original publisher.  This new functionality made it much easier, and I noticed that many of my friends were sharing photos that were driving eyeballs to the user/page from where the content originated.

I wanted to figure out how website owners would benefit from this functionality, so I decided to run a few tests on a Facebook fan page that represented one of my own websites that was in its very early launch phase. (Note: This website was not optimized for conversions, and it was outside of online gambling, but the principles of this test may still apply.)

First, I tried to share a random photo that I liked from the Surfrider Foundation Fan Page.  It was an infographic that had some Shares, but the caption that I added for the image was very weak and not attention-grabbing by any means.

This photo received 28 Shares and 20 Likes within a few hours.  This small spike in Shares and Likes didn’t drive much traffic to the site, although I was impressed with how quickly it happened so I decided to try again. 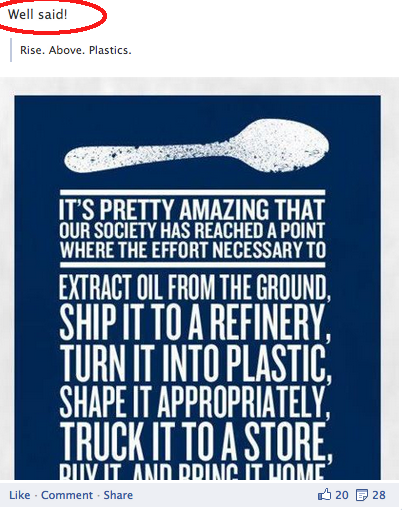 The next photo I shared was taken from a friend of mine who had written a great caption. The photo already had a few shares.  I realized that this photo complemented my audience well, so I launched it with a more appropriate caption and watched the numbers soar.

Within a few days, this image received 450 Likes, 50 comments, and was shared 289 times.  This image resulted in an increase of over 30 likes to my fan page over the next few days.

As Internet marketers, we understand how content created around hot stories and breaking news topics can contribute to overall site traffic.  On October 5, 2011, the great CEO and leader of Apple Inc., Steve Jobs, had passed away after his long battle with pancreatic cancer.  The world was stunned by the news, and immediately people remembered Jobs by posting information about his leadership abilities.

I respect Steve Jobs a lot, so I wanted to share something with the world to remember him by, using the things I learned from the previous two tests and applying them.  I created an image quickly in MS Paint to inspire people with some facts about Steve Jobs’ life, combined it with a quote, and posted it to my fan page on October 6, 2011– a day after Mr. Jobs had passed.  (Note: I posted this image twice, at different times of day to see how that impacted the results) 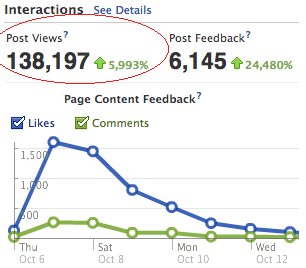 As you can see in the image above, things went viral very quickly.  By creating this unique and impactful content around a hot topic, the numbers skyrocketed over the next few days.  This image received over 4400 likes, 675 comments, and was shared more than 3500 times.  This resulted in my Facebook content and brand being viewed 138,000 times.  Additionally, my site traffic doubled in the next week, and my Facebook fans went from 300 to over 1400 in a matter of days.

This test taught me a few things about what works and what doesn’t in social media. Here are the major lessons I took away from this test:

1)  If you want your content to go viral, focus on things that spark emotion.  Funny, inspirational, emotional—yes, even controversial— content works well.

2)  Create unique content.  Don’t do something that has already been done, but instead, create something unique and impactful that can reach a wider audience.  Surely you have seen those “what Society Thinks I Do” memes on Facebook.  They all follow this practice and are catering to a specific audience.

3) Leverage something that is being talked about.  Obviously, breaking news means it’s a hot topic that people are sharing and Tweeting everywhere.  How can you create something that compliments your brand, yet leverages that hot topic?

4)  Don’t give up.  Keep trying even if your test doesn’t work the first time.  Sometimes, success comes only after you fail a few times.

How Can Gambling Affiliates Apply This Principle?

You should think of ways how you can capitalize on the breaking news content that seems to be happening weekly in the iGaming industry.

Ask yourself, “What can I create for the iGaming industry that sparks emotion, and can drive shares on Facebook to my site or fan page?”