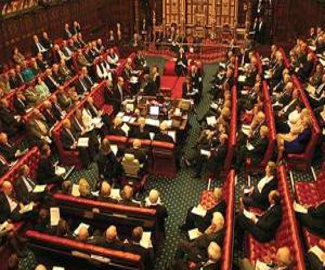 Most people in the online gambling industry are well aware of the issues US based players are facing, but did you know that the UK is facing some issues of its own?
The UK is on the verge of revealing the findings of its fifth gambling inquiry into the effectiveness of the UK Gambling Laws Act of 2005. The government, in association with the Culture, Media and Sport Committee, is leading the investigation.
Despite the fact that online gambling is legal in the United Kingdom, the industry is not as “perfect” as it appears from the outside.
Discussions were based around the effectiveness of the UK Gambling Laws Act, including whether or not it lives up to its expectations of promoting a crime-free environment while operating in a fair manner. Additionally, the financial impacts of the Act on the industry were discussed.
Online gambling has been legal in the UK for many years. However, the industry is always looking for new ways to improve.
Culture secretary Jeremy Hunt has been outspoken regarding gambling laws in the UK. He has referred to the laws as “inconsistent” but is opposed to many rash changes that would focus on stopping issues related to gambling addiction.
Hunt said, “I think the truth is that it (the 2005 Act) has not been a success and, as a result, in things like casino policy we are in a kind of limbo at the moment which I don’t think is healthy.”
Many organizations will have the ability to speak on the subject, including the Evangelical Alliance, the Quaker Action on Alcohol and Drugs (QAAD), and National Centre for Social Research among others.
There is no reason to believe that the results of any investigation will lead to online gambling becoming illegal in the UK. That being said, there is a chance that changes could be made to the industry in the years to come.
Unlike the US, the UK has an intense interest in exploring the pros and cons of the industry including the many ways in which it can be “cleaned up” to benefit all parties involved.
What are your thoughts on UK based online gambling? Leave some feedback in our European Casino Affiliate Forums.