Even if you’ve been living under a rock, you still probably know there’s a mobile revolution going on.

Over the past few years, the explosion in popularity of devices like the iPhone and Android combined with better connectivity and technology has meant big changes for society. In virtually every country across the globe, everyone’s gone mobile, with devices that each year get more and more sophisticated and high-tech.

And that, of course, means a better potential for mobile gaming each year. According to ITProPortal, mobile and social gaming “will be driving the growth” behind this year’s expected $74 billion revenue in gaming hardware and software.

“Gaming” here means largely social, non-money games, like Zynga’s FarmVille and poker games. But don’t think there isn’t a huge crossover between those games and casino and poker affiliate marketing. 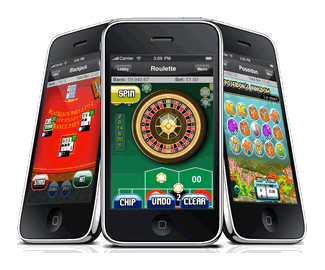 The U.S. is headed toward casino regulation, and the UK and most of the EU is already there. Across the Atlantic, mobile gaming’s huge growth does include regulated casino and poker gaming. And the industry is growing at a huge rate.

Probability scores payday, heads to Mexico
Sweden-based Probability plc is, at the moment, one of the best signs of that growth.

Compared to the same time last year, the company has announced that net gaming revenue is up 45.6%, attributing much of that growth to the “increased uptake of smart phone devices.”

“This was reflected in player deposits rising by a staggering 82.6% compared with the previous year,” reports CalvinAyre.com. “The two most popular smart phones, iPhone and Android, also saw increased income up from 37% to 42% in this quarter.”

“According to the signed contract, Probability will provide its award winning mobile gambling platform and its suite of cutting edge mobile casino games to the Mexican and Latin American mobile casino players through the gaming licenses of Grupo Caliente,” reports GamingZion, which adds that the deal is, of course,  “in full compliance with Mexican gambling laws”.

Probability’s also gearing up a new mobile bingo offering. “During the next quarter, we are expecting to launch our new mobile Bingo product after nearly six months development,” said Probability CEO Charles Cohen. “This product is in the late stages of testing and regulatory approval.”

And Malta-based Cozy Games, the winner of the EGR Awards 2011 prize for Innovation in Bingo, has announced a promising new partnership with PlayPhone Social, positioning itself in the same market currently dominated by Zynga.