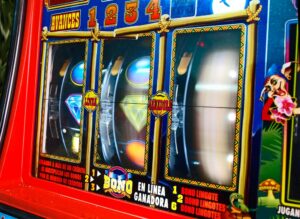 Applicants for Spanish gaming licenses may have to wait as long as six months to hear if applications are approved. Spanish authorities did not give a reason for the delay, but it is presumed that regulators needed extra time to put the finishing touches on regulations and other bureaucratic doings.

This latest delay is a serious blow to the 60 license applicants who are eager to tap into the lucrative Spanish gaming market. Most of these companies have already navigated some serious red tape to get this far and can’t be happy about having to wait around another six months.

One group that won’t be complaining is the, mostly Spanish run, gaming sites that are already in operation in the Iberian Peninsula. This move gives them an additional six months of competition free operation.

In case you missed it, check out the latest and greatest tips for Spanish SEO.

Anyone familiar with the long, and complicated, back story behind the liberalization of Spanish gaming laws will not be surprised by the delay. The road to an open gaming market in the country has been rough and regulations are extremely complex and the Spanish government will take around 25% of the take online gaming operations.

But because Spaniards are absolutely in love with gambling, most companies are willing to put up with some complications to get a shot at those piles of Pesos.

While no official reasons were given for the delay, online forums and poker sites were ripe with speculation. Some popular theories included:

No matter what’s behind the delay, it’s certain that the many businesses that have spent lots of time and money preparing to enter the Spanish market are not at all pleased at the prospect of waiting until summer to take the next step.

What effect will this latest delay have on affiliates and casinos that are ready to start working with Spanish gamers? Let us know in our Online Gambling Laws and Regulations Forum.