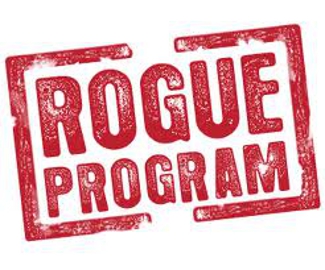 Last year CAP published a list of the 10 Worst Gambling Affiliate Programs to help our readers avoid some of the less-reliable partners. As a follow-up to that piece we’re taking a closer look at some of those programs, like Grand Prive and  Best Casino Partners, and why they were such a bad deal for affiliates in the hopes that our readers can avoid similar bad players in the future.
How Rogues React
Typically, the rise and fall of a rogue affiliate program like Red Hot Revenue follow a pretty consistent pattern.
At first, there are one or two angry postings on watchdog sites complaining of non-payment, usually asking if others haven’t been paid.
Depending on how much the rogue cares about appearances an affiliate manager may actually respond to the forum posters. These posts usually seem more designed to hush squeaky wheels than actually address the underlying problems.
But, most of the time, this isn’t enough to slow the momentum of online communities and more and more wronged affiliates come out of the woodwork until critical mass is reached. That’s when the rogue either goes out of business or shuts down their affiliate program all together. For the folks at Red Hot Revenue, this cycle isn’t, “one and done,” it’s more like, “Rinse, lather, repeat.”
Red Hot Racket
Red Hot Revenue started out as a company called Betrev, and quickly flamed out in haze of late payments and accusation. Since 2008, Red Hot Revenues has been flaunting the affiliate community by engaging in a laundry list of offenses including non-payment and changing terms and conditions. But for some reason, they always seem to just keep rolling with no ill-effects.
When non-payment issues first came up a few years ago, affiliate watchdog groups went to bat for their readers, but it never amounted to much. In fact, Red Hot Revenue even kept up their watchdog approved logos long after they were labeled rogue. Occasionally they would pay up a token amount, but it never amounted to much.
And despite reams of bad press in online forums, Red Hot Revenues is still in business today. In fact, as recently as April of 2011, Red Hot Revenue was called out on CalvinAyre.com for exactly the type of shenanigans they’ve been pulling for years. It never seems to end with these guys.
Problem with Online Watchdogs
Online affiliate advocates like CAP and Affiliate Guard Dog are useful for sounding warning and providing web masters with useful information. And, oftentimes, they mediate disputes and broker deals that put revenue back in the hands of affiliates.
But these sites don’t have any real legal authority and rogues, like Red Hot Revenue, who choose to ignore them don’t suffer any real consequences. What’s more, when companies register domains in countries like Zimbabwe, pursuing any legitimate legal action is very difficult.
Like so many other rogues, Red Hot relies on heavy affiliate turnover and webmasters who don’t do their homework to keep them sending them revenue that’s on a one-way trip. It’s pretty safe to say that sometime in 2012 we’ll see a posting on a forum that reads, “Awaiting payment from Red Hot Revenue.”
Have you have any dealings with Red Hot Revenue? Let us know in our Casino Affiliate Scams & Warnings Forum.