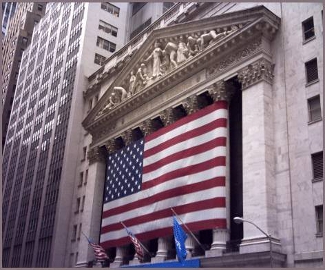 New York Stock Exchange Traders spend their days betting on whether prices will go up or down on over 4,200 securities, but says the exchange, betting is not allowed. Excuse me?
In a January 17 memo to its members (as well as their employees), the exchange stated that taking part in “certain gambling activities” on its premises is prohibited. In some cases, violators could even face the law!
This is not the first time the organization has made such an announcement: The exchange has stated this rule in the past, generally about this time of year; apparently it is worried about some friendly wagering based on the Super Bowl — the big U.S. football final — such as a football pool. In the U.S., these kinds of informal pools are commonplace in workplaces, especially around major sporting events and tournies. This year, the NFL Super Bowl will feature the New England Patriots pitted against the New York Giants; it is scheduled for February 5.
Besides gambling pools that give a cut of the winnings to the organizer, what other kinds of activities are banned?
The NYSE prohibits “bookmaking, numbers games, or other organized for-profit betting activity relating to sporting activities, other outside events or games of chance.” In addition, it is forbidden to display gambling paraphernalia or devices such as betting slips or to bet via computer, telephone, or other methods while on the grounds of the NYSE.
With so much money and so little to bet on, what’s a poor NYSE trader to do?