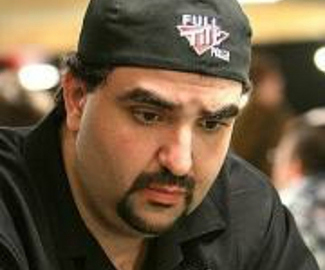 The Alderney Gambling Control Commission’s (AGCC) handling of the Full Tilt Poker license inquiry is going to get an inquiry of its own, according to reports published this week. The independent investigation will be looking into whether AGCC’s current investigative procedures rely too much on self-reporting from the parties being investigated.
Full Tilt Reporting Questioned
The commission is particularly concerned that Full Tilt officials may have misled investigators as to how much co-mingling of player and company funds had occurred. They also suspect that the amount of player funds being held by American officials was misreported, too. It’s important to note that AGCC officials are not being accused of any wrongdoing in the matter.
In a statement released this week, AGCC Executive Director André Wilsenach said, “We believe we acted appropriately and fairly at all times but, following our own internal assessment and the inevitable questions that have been raised by third parties, the Commission decided that it is in the best interests of players, license holders and AGCC itself to commission an independent review and to make the outcome public.”
The independent inquiry report is due in March of 2012.
Where Are the Player Funds?
At stake in these proceedings and investigations is an estimated $200 million in player funds that were in Full Tilt’s hands when the Department of Justice shuttered the site on Black Friday. Among the allegations leveled at the online poker giant were accusations that they had been co-mingling funds from player accounts with company money. At the time, DOJ officials referred to the site as a, “global Ponzi scheme.”
The DOJ’s investigation led the AGCC to conduct their own investigation of Full Tilt which resulted in a suspension, and ultimately revocation of the company’s gaming license in September. Full Tilt officials said at the time that a revocation would seriously jeopardize their ability to repay player accounts.
What it Means for Affiliates and Players
This latest twist in the Full Tilt saga probably won’t mean much to American players who are still waiting for account reimbursements. As part of a deal to purchase the company, financier Bernard Tapie worked out a deal with DOJ officials to pay back American accounts. Presumably, that deal is still in place. International players, however, may not be so lucky.
If what the AGCC is indicating is accurate, it seems as if there may not be as much money available to pay off non-American accounts as originally indicated. Whatever the case, the Full Tilt story that was such of big part of poker news in 2011 appears to be nowhere near its conclusion.
Do you think that Full Tilt account holders and affiliates ever get paid off? Let us know in our Online Gaming Laws and Regulations Forum