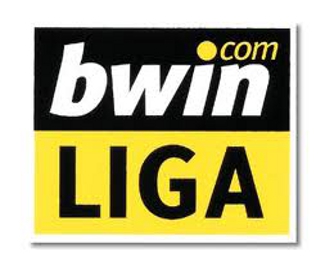 Bwin.party is barred from sponsoring or advertising on Portuguese sporting events thanks to a recent court ruling in Portugal. The move is just the latest chapter in a series of battles over how legal gaming will look in the Euro Zone.
Casinos Cry Foul
This week’s ruling is the end result of a complaint filed by the Portuguese Casino Association and national lottery operator back in 2005 claiming Bwin had an unfair competitive advantage in the market. Under Portuguese law, online outfits like Bwin are not taxed or regulated like land based casinos.
Not surprisingly, Bwin.party lawyers are appealing the ruling and claim that it violates EU law. “One cannot aggressively advertise and expand games on the one hand and keep foreign competition out on the other hand,” Bwin attorney Eduardo Serra Jorge said.
Major Investment Lost
Removing Bwin logos from the Portuguese sporting world is easier said than done, given that the company has invested over 4 million Euros sponsoring the Portuguese Football League (LPFP). That includes everything from stadium banners to print advertising in game programs.
The LPFP, however, is not ready to let a major sponsor go down without a fight. They’ve suggested that professional soccer in Portugal could be in jeopardy without the sponsorship, however unlikely that may be. Soccer is the national sport in Portugal. A similar deal between British bookmaker William Hill and the British Football Association this week did not raise a stir.
Bigger Issues
Bwin’s trouble in Portugal is just the latest in a series of fits and starts that have defined gaming in the Euro Zone over the past few years. On one side are national lotteries and established casinos that fear and resent competition from foreign based gaming companies operating online.
Recommended: Bwin Launches 75 New Casinos
Of course the online gaming companies see things through an entirely different lens. From their perspective, large national lottery corporations like the Spanish National Lottery, work in cahoots with Federal government to bar online operators from their turf through byzantine gaming laws. This, in their view, violates both the spirit and the letter of laws that bind the European Union.
Bwin’s Portuguese legal counsel eloquently stated industry wide frustration with this dynamic when he said, “It is time for the state to legislate and tax online gambling instead of banning it. Regulating it is in the interest of the consumer, the economy and the state budget.”
Finally
Gaming in the Euro Zone has proven to be an incredibly sticky issue everywhere from Belgium to Spain to Germany. But as governments in that part of the world struggle with a looming economic crisis and mounting bills for entitlement programs, we’ll likely see this fight continue.
Are European governments doing too much to protect domestic casinos at the expense of igaming? Let us know in our Online Gambling Laws and Regulations Forum.