The affiliate marketing world has been looking desperately for any signs pointing to when the lucrative United States online poker market will reopen. That’s why Bwin.party digital entertainment co-CEO Jim Ryan’s recent visit to the U.S. has created such a stir.
Getting the Lay of the Land
Ryan apparently spent the last three weeks schmoozing investors and touting the merits of his company’s offerings as an investment opportunity. But industry observers are thinking that Ryan may also be scouting the American political and business landscape for signs of a softening in attitude towards online gambling.
It’s no secret that Bwin has been making strategic preparations for the day when they can re-enter the American market. And in the true spirit of gambling, Ryan and company are playing as many angles as possible.
During previous U.S. trips, Ryan spent time lobbying politicians and government officials in California and New Jersey. Not surprisingly, these are the two states that seem most likely to legalize some form of Internet gambling. But Bwin has lobbied federal officials, too. In short, the company wants to be ready for legalized poker whether it comes at the State or Federal level.
Bwin After Black Friday
Many folks in the affiliate world saw Bwin as the company best positioned to benefit from the events of Black Friday. After all, they divested from the U.S. market in 2006 after the passage of the Unlawful Internet Gambling Act passed, and weren’t one of the company’s targeted by the Feds last April. But the shuttering of their two main competitors didn’t make as much rain as Bwin had hoped.
In fact, it wasn’t until Full Tilt Poker’s gambling license was revoked in June that world’s largest publicly traded online gambling organization saw that much anticipated bump from Black Friday refugees. 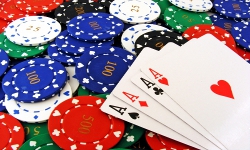 Though Ryan is spending more and more time stateside, he’s coy regarding the prospect of legalized Internet poker in the States. He recently told Fortune magazine, “My focus is on the U.S. Even though there is no is guarantee that online gaming will ever regulate in the U.S.”
So what does all this mean for affiliate marketers? It definitely means that if/when online poker is legalized in the U.S., Bwin is poised to be a major player. And with Full Tilt and PokerStars out of the picture, the number of big dogs sitting on the porch is greatly reduced.
Want to learn more about the legalization of online poker? Check out all the news you need in our brand new Legal section.