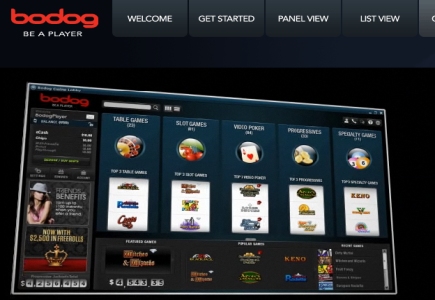 We learned back in July that Bodog will be exiting the United States poker market by the end of 2011. With this decision, the online poker industry in the US was once again dealt a serious blow.
But, the answer that’s begged the question for months is, “Why is Bodog leaving?”
For many, Bodog’s decision came as a shock when the announcement was made three months ago. Following Black Friday, Bodog was touting itself as one of the only poker sites left in the US after its key rivals including UB Poker, Full Tilt, and PokerStars were shut down.
In a short statement released by PlayPokerOnline.com this week, the answers for the exit may have come to light. Concerns were expressed that operating in the US could potentially have a negative impact on Bodog’s lucrative businesses in Asia and Europe. Along with this, Bodog was recently the first online service to be licensed by the United Kingdom Gambling Commission.

Bodog has made it clear that US-based players don’t have to worry about any funds in their account, stating that the money will remain safe. Also, Morris Mohawk Gaming, with whom Bodog has had their license with, will launch under its own brand in 2012 and continue to service new and existing US players. All Bodog.eu clients have the choice to move to the switch to a new Morris Mohawk Gaming brand if they’d like.
There is no denying that Bodog has major hopes of becoming the industry leader in online gambling, both in Asia and the United Kingdom. Unfortunately, the United States market no longer fits in with this company’s long term plan.
Although its exit from the US will result in less traffic, Bodog has ramped up its marketing efforts overseas in a search for new players.
What do you think about Bodog leaving the US market behind? Discuss this issue in the Bodog Affiliate forum.