The online poker regulatory situation continues to evolve in the wake of the United States’ “Black Friday” shutdown. Here’s the latest:

D.C. online gambling plan under fire
As New Jersey and California loudly battled it out last year in a race to be the first state to regulate online gambling, the District of Columbia surprised everyone by beating them both to the punch, quietly announcing that it already had a law on the books, signed, sealed, and delivered.

Now that law is under fire. The Washington Post recently pointed out that the bill’s main backer, D.C. Council member Michael Brown, was paid more than $200,000 “by a law firm with significant interest in the issue.”

Brown claims there was no conflict, but the Post article disagrees, and the story could easily derail the DC gambling plan. Brown’s “failure to disclose the association at the time is yet another troubling example of the secrecy that has surrounded the District’s decision to legalize and promote online poker and other games.” 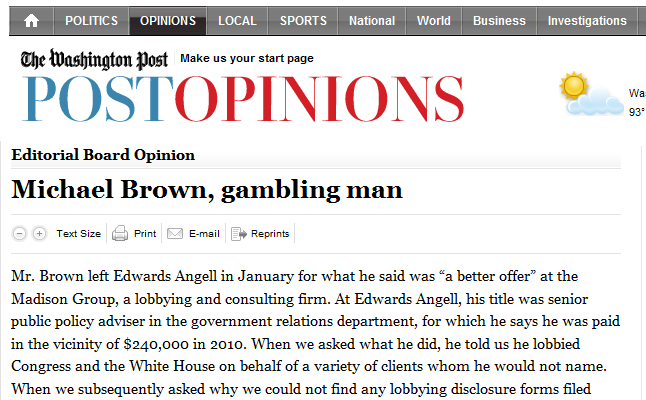 The District’s online gambling law was created as part of the D.C. Lottery and “slipped” into D.C’s budget in December. As the editorial notes, the mayor was not consulted, and there was no public debate. As baseball fans say, this one may be coming back.

Nevada makes progress
At the end of May, the Nevada state senate overwhelmingly approved a measure that would “open the door for Internet poker in Nevada casinos.” 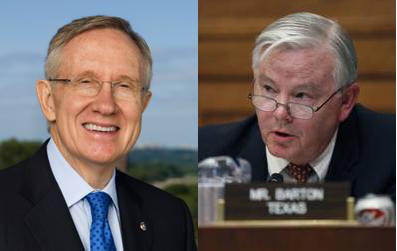 U.S. federal drive
Speaking of a national bill, it could be here sooner than you think. Texas Republican Joe Barton is planning to introduce new online gambling legislation this summer, and it looks like he’ll have the support of Senate Majority Leader Harry Reid.

What’s surprising about this is that the two are typically not exactly best buds: Reid normally fights against the kind of big oil subsidies that Barton defends — he’s the guy that actually “apologized to BP for Congress’ pointed inquiry into its mismanagement of the Gulf spill,” reports the Las Vegas Sun.

If Reid supports Barton’s bill, that could mean it has the backing of big-name land-based casino interests like Caesars Entertainment, which has made no secret of its ambition to see online gambling regulated in the U.S. — and then, presumably, dominate the market.

The other online gambling
Meanwhile, the USA Today has pointed out something most of us have known all along: The irony of our current heated debate to “legalize” online gambling, while most states already offer legal online gambling in the form of Internet lotteries. Read that report here.