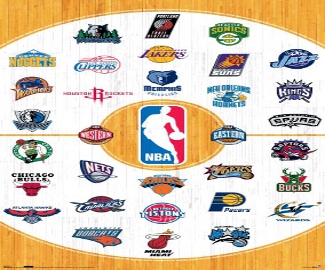 For affiliates who rely on sports betting to keep their revenue streams flowing, the three month long NBA lockout this season was a real pain in the wallet. But, as of Christmas Day the NBA is back and affiliates who start integrating good basketball content right away can still take advantage of this abbreviated season. But it all centers on high quality content and an eye for what makes this season different.

Basketball’s two month delay cost the league a lot in the way of fan excitement and involvement. No one is interested in hearing millionaires bicker with billionaires over contracts and free agency so many fans have simply tuned the NBA out completely. Now it’s up to web masters to try to win those fans back.

The best way of making basketball content stand out during college bowl season and NFL playoff time is by emphasizing the one thing bettors prize above all else, value. A shortened season favors teams that might not normally be able to compete in the crucial home stretch before playoffs. That means we could easily see low profile teams turning into playoff contenders.

Focusing your NBA content on what makes this season different and how these undervalued teams will play rather than looking at high profile teams will make your site stand out. And don’t be afraid to emphasize the long haul in your NBA coverage. If you can make a case that an underdog like the Clippers has a good shot this season, shout it out to your players.

Starting up the NBA season on Christmas day might not have been a popular decision with basketball wives, but it was a real gift to web masters. The holidays are prime time for sports betting, so capturing punters’ eyes shouldn’t be tough. As of New Year’s Day, there are still a number of college football bowl games left to play and an entire mini-season of NFL playoffs left before February, and that’s to say nothing about college basketball season.

Affiliates should take care to integrate plenty of links to their basketball content in their existing NFL, college bowl and college basketball content. This can be as simple as a short promotional link at the end of an NFL playoff preview. The point is to continually hammer your readers and affiliates with the news that professional basketball is back and now is the time to start following teams and building that roll.

No matter how you promote the NBA this season, make certain that your content is something your players will really want to read. We said it earlier, but it bears repeating, bettors prize value above all else. So don’t waste their time with content that’s just rehashing common views and doesn’t bring anything new to the equation.

Anyone who is really interested in shelling out their hard earned dollars on NBA betting will be able to sniff out a phony in a heartbeat. If basketball isn’t your specialty, spend a few dollars on some high quality outsourced content. Finding qualified freelancers is as easy as posting on the CAP Casino & Gambling Articles Forum.

There really isn’t that much time to take advantage of NBA betting and there’s plenty of competition for betting dollars. The NFL will be in full swing for almost another month and when that’s all done, the NCAA Basketball Tournament will be just weeks away. But with a focused effort and integrated,  high quality content, there’s still a chance to get a piece of the NBA betting pie.

What have you been doing to raise excitement for the abbreviated NBA season? Let us know on our Search Engine Optimization forum.